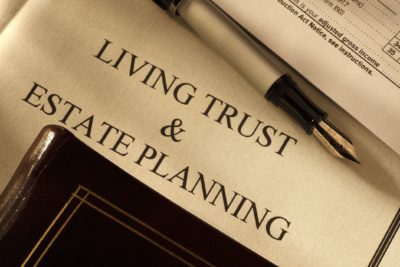 Abatement
A proportional diminution or reduction of the pecuniary legacies when there are insufficient funds to pay them in full.

Ademption
The property mentioned in a will cannot be given to a beneficiary because it no longer belonged to the deceased at the time of death. For example, the particular gift may have been destroyed, sold, or given away between the will and the time of death.

Administrator
A person or institution appointed by the court to act on behalf of the deceased person in connection with the administration of a decedent’s estate.

Administrator with Will Annexed (for Administrator CTA)
An administrator is appointed by the court to act on behalf of the deceased person who left a will, but no nominated executor is willing and able to act.

Affidavit
A written statement or affirmation made under penalty of perjury must be notarized.

Codicil
In addition to a will, the codicil may modify, add to, subtract from, qualify, alter, or revoke provisions in the will. The codicil is a separate document. It is signed with the same formalities as a will. The codicil can be changed, revoked, canceled, or destroyed at any time.

Conservator
The individual or corporation legally takes charge of the care and management of the person, property, or both of an adult who cannot provide for his own needs or is substantially unable to manage his financial affairs. Limited conservatorships may be established for developmentally disabled adults.

Contingent Beneficiary
One to whom distribution is dependent upon the occurrence of an event.

Declaration
A written statement made under penalty of perjury.

Devisees and Legatees
Persons named by a decedent in his will.

Disclaimer
A refusal to accept, for example, a testamentary gift made in a prescribed manner and time.

Domicile
The specific location of a person’s permanent residence determines, for many purposes, the laws that will govern his affairs. A person may have many residences, but he can have only one domicile. The domiciliary proceeding is that created in the jurisdiction of the decedent’s domicile.

Donee
A person who receives a gift from another.

Donor
A person who makes a gift to another.

Escheat
The term describes the reversion of property to the state if a person dies, leaving no valid will and no heirs by law surviving him.

Estate Taxes – Federal
The federal government imposes death taxes on the transfer of assets upon death.

Executor
The individual or corporation is appointed in a will by a testator to take care of the testator’s property after his death. Also called a personal representative.

Ex Parte
Communication between any party, attorney, or person in a proceeding under the Probate Code or an LPS conservatorship proceeding and the court outside the presence of all parties and attorneys, including written communications sent to the court without copies being provided to other interested persons.

Fiduciary
A person charged with a high degree of care acts on behalf of another. Executors and trustees are fiduciaries.

Gift Tax Annual Exclusion
California and federal law allow a donor to exclude an amount of gifts from taxation each year if the gifts are of a present interest to a specific individual. A present interest gift is one in which the donee has an immediate unrestricted right of use, benefit, and enjoyment. Check with your CPA for exact details.

Guardian
The individual or corporation who legally has charge of the care and management of the person, property, or both of a (minor) child.

Heir
The person who inherits property under state law.

Inheritance Taxes
The taxes are imposed, according to the relationship to the decedent, on the person who receives the property.

Intestate
Refers to someone who dies leaving no will.

Inter Vivos Trust
A trust is created “between the living.” The grantor (trustor) is a living person. An inter vivos trust can be either revocable or irrevocable.

Irrevocable Trust
A trust whose terms and provisions cannot be changed, modified, altered, amended, or revoked.

Joint Tenancy
A form of property ownership by two or more persons, often designated as “joint tenants with right of survivorship.” Joint tenants always own equal parts of joint tenancy property. When a joint tenant dies, their interest in the property automatically goes to the surviving joint tenant.

Life Estate
An interest in the property, the term of which is measured by the life of its owner.

Life Tenant
The person who receives the benefits from the real or personal property during his lifetime only. The benefits stop when he dies.

Minor
A person who is under the age of legal competence.

Personal Representative
This term describes an executor or administrator.

General Power
Enables the donee to designate himself, his creditors, his estate, the creditors of his estate, or any other person as the subject property owner.

Special Power
Limits the donee to the persons he can designate as owners of the property over which he has a power of appointment. The limitation of appointment can be very specific (e.g., to a group consisting only of A’s children) but can never be the donee, his estate, his creditors, or the creditors of his estate because this would defeat the purpose of the special power, namely, to keep the appointive property from being taxed in the estate of the donee upon his death.

Pour-over will
A will that provides for the transfer, after or during the probate court proceedings, of all or part of the net assets of a decedent’s probate estate from the executor’s control to the control of a trustee who is in charge of a trust that was in existence immediately before the death of the deceased person (inter vivos trust).

Pretermitted Heir
One would typically be a beneficiary of the decedent but is not mentioned in the will.

Probate Administration
The legal process whereby a probate court supervises the marshaling of a deceased person’s debts and taxes and orders the property distributed according to the decedent’s will, or in its absence, to the dead person’s heirs. The probate court has jurisdiction over the personal representative and the decedent’s assets.

Real Property
An interest in land or property permanently affixed to the land.

Remainder Interest
An ownership interest in the property will become a present interest after the current owner, or life tenant has received all the property benefits to which he is entitled.

Residue
The remaining part of a decedent’s estate after the payments of debts and legacies. Also called a “residuary estate.”

Residuary Beneficiary
One to whom all or part of the residue is distributed.

Reversionary Interest
An ownership interest in property returns to the original owner when the intervening interest expires.

Revocable Trust
A trust whose terms and provisions can be changed, modified, altered, amended, or revoked.

Right of Representation
A distribution method, sometimes referred to as “per stirpes,” whereby the share of the distribution of a deceased beneficiary is divided equally among his children.

Settlor
Another word for grantor or trustor of a trust. The person who “settles” the assets into the trust.

Tenancy In Common
A form of holding title to real or personal property by two or more persons. Because there is no right of survivorship, the legal relationships and results are very different from a joint tenancy.
Tenants in common need not hold equal interest, and on the death of a tenant in common, his interest will pass by his will or according to the laws of intestate succession.

Testamentary Trust
The trust comes into being only as a result of the death of a person whose will provides for the creation of the trust after his death, hence, the term “testamentary.” Once in existence, this trust is irrevocable.

Testate
Refers to someone who dies leaving a will.

Testator
The person who signs the will which disposes of his property; testatrix is the female term. It is expected as a convenience to use the term testator for either a man or a woman.

Totten Trust
A form of a revocable trust, usually a bank account, that allows distribution to the beneficiary upon the death of the trustee without the need for probate of the asset. For example, John Smith is a Trustee for Mary Smith.

Trust
A legal entity is established either during a trustor’s lifetime (inter vivos) or at his death (testamentary). The trust is governed by the terms outlined in the trust documents. A trust must have a trustee, a beneficiary, and a “corpus” or property subject to the trust.

Trustee
The individual or corporation who is in trust has bare legal title to the assets and has the power given in the trust to carry out the wishes of the person or persons (trustor or trustors) who created the trust. The trustee has a fiduciary obligation to the trust’s beneficiaries, enforceable in court if not carried out. The trustee is subject to strict regulation. Although he has a legal title for convenience, the beneficial or equitable title is owned by the beneficiaries. When there is more than one trustee, the trustees are called co-trustees.

Trustor
The person or persons who establish the trust. There can be more than one trustor.

Uniform Gifts to Minors Act
A law that permits a person (“donor”) to register stock, bank accounts, or insurance in the name of another (“custodian”) for the benefit of one who is at the time a minor (“beneficiary”) without preparing a formal trust document. In effect, the trust document has been written into the law. In so doing, the donor makes an irrevocable gift of the property to the minor. Still, the custodian holds, invests, reinvests, and applies the property for the benefit of the minor until his majority, when the property is turned over to the beneficiary. Check with your accountant, as this may be a simple, inexpensive way to make small gifts for a minor.

Will
A document prepared and executed by a person with the formality required by the laws of the state of his domicile at the time. He intended to govern and direct the disposition of his estate and settlement of his legal affairs at the time of his death, which had no legal effect until his death. If the document is entirely in the person’s handwriting, it is called a “holographic will.” If a will is typed, it is called a “witnessed will” because the signing of it generally requires two or more witnesses to testify later, if necessary, that the execution was not procured by fraud, duress, or misrepresentation.

For more detailed information regarding the terminology for probates living trusts, and conservatorship, speak with your attorney.