La Crescenta, California, is located in an unincorporated portion of Los Angeles County. In 1972, the Foothill Freeway opened and had a tremendous impact on the commute times of its residents. The community is appreciated for combining the benefits of blue ribbon schools and metropolitan convenience. La Crescenta neighborhoods located in the 91214 can be confusing because some areas are considered Glendale. La Crescenta is often co-mingled with its neighboring community of Montrose. Harb & Co. will certainly bring clarity by providing insight into this popular community we specialize in. 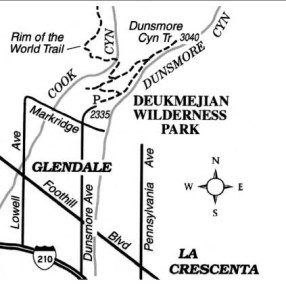 Briggs Terrace
In 1871, Colonel Theodore Pickens, one of the first settlers in the Crescenta Valley, relocated to Briggs Terrace. While some may feel the neighborhood is isolated, its residents enjoy the quiet and serene setting. Wildlife, deer and rabbits for example, abound.

Crescenta Highlands (also known as the Glendale annex)
In the 1950s, to secure their water supply, the residents of Crescenta Highlands in La Crescenta voted to annex the city of Glendale. Oddly bisecting La Crescenta, this neighborhood is roughly between Pennsylvania Avenue and Lowell Avenue. It’s primarily residential and a highly sought-after area. Nearby Foothill Boulevard offers a bustling commercial district for shopping and dining.

Glenwood Oaks
In 1954, the Anderson Brothers developed Glenwood Oaks, a 30-acre, 90-home community in the Glendale annex area of La Crescenta. Although the tract remains intact, most homes have been extensively updated. 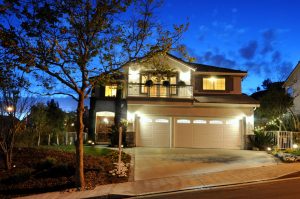 Markridge Estates
Markridge Estates was developed in the 1990s. At that time, La Crescenta needed more affluent housing. Consequently, the planned community is an exclusive hillside neighborhood of just over forty residences with a community tennis court. These homes boast modern, spacious floor plans and mountain and city lights views.

Mountain Oaks
Mountain Oaks was initially purchased in the 1920s by the Kadletz family. They constructed a swimming pool, outdoor bandstand, and dance floor. It was rumored to be a popular watering hole during Prohibition. A grand hunting lodge included a large dance hall and a second-story gentleman’s club. After Prohibition ended, the resort lost much of its appeal. Lot sizes were small (many under 1,000 feet). Eventually, just over a dozen were ultimately built. Although most of the homes in the neighborhood have been remodeled, no new homes or structures have been built since 1948.

The neighbors defined a fire road with a wide enough turnaround for the fire department’s trucks, but many of the roads are narrow and not easily accessible to emergency vehicles. As the community does not conform to current zoning and planning regulations, the Mountain Oaks neighborhood is considered an illegal subdivision. But that doesn’t deter the people who reside in this idyllic setting; the residents enjoy the serenity. Deer, rabbits, and other wildlife abound.

Want to learn more about popular La Crescenta neighborhoods and homes for sale? Contact us for a 15-minute buyer consultation. It’s simple and free, and there is no commitment.