Known for its exceptional public school system, La Canada is one of the most affluent communities in Southern California. Residents appreciate its proximity to horse trails and the Angeles Crest Forrest. Each summer, neighbors gather for the Music in the Park Series. Don’t plan on traversing many of La Canada’s neighborhoods on Memorial Day morning. They block off much of the city because nearly everyone watches the annual Memorial Day Parade. Here’s the breakdown of popular La Canada neighborhoods: 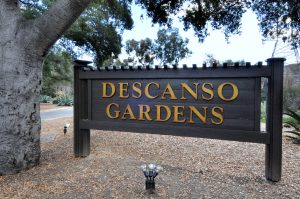 The Country Club Estates development,  constructed around the golf course, features several tracts of homes and townhomes. The notable development overlooking the La Canada Country Club is Greenridge Estates, comprised of much larger custom homes. Angeles Crest Estates is the older tract sited to the West of Angeles Crest Highway.

She is also referred to as Upper Alta Canyada. The Deodar neighborhood stretches from Fairmount Avenue, north of Foothill Boulevard, between Palm Drive and Alta Canyada Road. The deodar saplings first arrived in La, Canada in 1913. Estimates place them at five to 10 years old when planted. Some of the trees are now more than 100 feet tall. Various architectural styles are found here, including Spanish, Ranch, and Mid-Century Modern. Phyllis had the pleasure of representing the seller of an exquisite Jack Simison in this sought-after neighborhood.

Descanso Gardens is a 160-acre, member-supported botanical garden which features constantly changing exhibits. The nearby homes, built around the Gardens, feature oversized lots. Most of the homes are the classic California Ranch. While others located higher in the hills, built in the 1960s and 1970s, sport a variety of architectural styles.

Meadow Grove sits at the eastern edge of La Canada Flintridge, just south of Foothill Boulevard. At one time, the neighborhood surrounded the Flintridge Golf Course. Sadly, in the 1960s, many of its finest estates underwent demolition in order to build the Foothill (210) Freeway. After a long wait, new sound walls were constructed which reduced noise from the freeway. Phyllis and Joe had the pleasure of representing both the buyer and the seller of 555 Meadow Grove, an elegant English Revival estate designed by noted architect Ray Kiefer.

The boundaries of the La Canada Rancho neighborhood are east of Gould Ave., north of Foothill Blvd., south of Santa Inez Way, and west of Viro Rd. A horse trail meanders through the area of this neighborhood, bordered on the east by Flintridge Riding Stables. This is one of La Canada’s more affordable neighborhoods.

The boundaries of the Sagebrush District are north of Foothill Boulevard, east of Pickens Canyon, and to the west a north/south line following Rosebank Drive. The Sagebrush neighborhood is currently part of Glendale Unified School District. During the 1950’s, there were just a handful of homes in the area. When incorporated in the 1970’s La Canada followed postal boundaries. The Sagebrush District officially became La Canada, except for the schools that remained Glendale.

Webster Wiley designed many of these Sagebrush homes. A prominent architect and developer known for his Mid-Century Modern homes constructed in the hills of La Canada and La Crescenta during the early to mid-1960s. Similar in style to the homes designed by Joseph Eichler, many of these homes incorporated outdoor atriums, post, and beam design styles, and open floor plans. 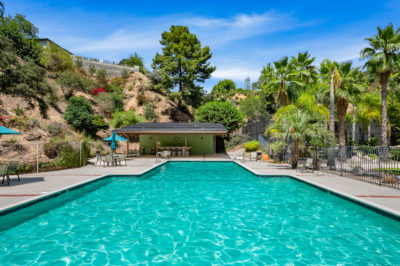 There are just under 100 homes in the Starlight Mesa Estates neighborhood of La Canada. Constructed in the 1960s, these properties have common areas including a swimming pool, tennis and basketball courts,  playground, and a large expanse of open landscaping. The community is nearly 40 acres.

La Canada Flintridge is South of Foothill Blvd. The Flintridge neighborhoods of Chevy Chase Canyon, Meadow Grove, and Descanso Gardens have not yet had the opportunity to connect to sewers, therefore waste management is done with septic tanks.

Dreaming of making La Canada your home? Contact us for a 15-minute buyer consultation. It’s simple, free, and there is no commitment.