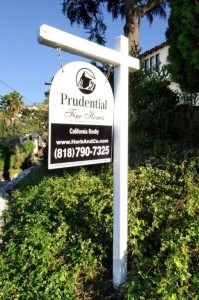 I pride myself on the fact that the majority of my clients don’t move around very often.  I try to match them with a home that they will grow into – not necessarily what works at this moment in time, but what will work in the near future.  It saddens me to learn nearly 40% of home buyers have regrets:

*Home Buyers’ Biggest Regrets About the Purchase
Sometimes you don’t know whether a house suits your needs until you start living in it. That would seem to be the case for 39 percent of respondents, who say they would choose a house of a different size or a different price — or even in a different neighborhood — if they could redo their purchase.
Read the rest here:

*$30 Date Night, dinner and movie at the Americana at Brand

*All three of the elementary schools in the LaCañada Unified School District State Schools were named California Distinguished Schools for 2014
Read the rest here:

*What luxury home buyers want:
Fifty-four percent of luxury home buyers voted for the chef’s kitchen, while 44 percent flagged the views. Thirty-eight percent also say the square footage of the property is a key attribute, and 36 percent say having an expansive master suite is important.
Read the rest here:

*While delinquency rates on many other types of debt have fallen in recent years, delinquencies on student loan debt are rising, … some seven million Americans had defaulted on their student loans. At the end of 2013, the total amount of U.S. student loans approached $1.1 trillion, well above the total amount of credit card debt in the country. And the percentage of students graduating with debt is on the rise — 60 percent of graduates in 2012, compared to just 30 percent in 1993.
Read the rest here:

*For the first time, the Chinese have become the biggest foreign buyers of apartments in Manhattan, real estate brokers estimate, taking the mantle from the Russians – whose activity has dropped off since the unrest in Ukraine and the imposition of sanctions against Russia by the United States.
Read the rest here: